Chaga Tea in a Crock-Pot

Natural health practitioners, mycophiles, and just about everyone on the internet have an opinion on the best way to prepare Chaga tea. Some say it has to be boiled while others state that boiling destroys some of the nutritional value. There is much disagreement as to whether it should be ground to a fine powder or whether it is fine just broken into small chunks. And, then, there is a great debate as to how long to simmer or boil or steep it.

There are many ways to prepare Chaga to reap all the benefits of the powerful fungus. Tinctures and teas are the most common methods of consuming Chaga, and thankfully, most aren’t difficult to make. If you have Chaga chunks or powder, you are already half-way to enjoying the perks of a Chaga tonic.

Chaga tea is a heated preparation of Chaga. The fungus is combined with water and simmered for a period of time. For people avoiding alcohol, Chaga tea is the preferred method. The teas are also less potent than the tinctures, which means they can be consumed more regularly.

Powdered Chaga is multi-functional. It is used to make tinctures and teas. Chaga powder also can be added directly to heated dishes, like soups and stews. There is a method to it though; please don’t add it in without reading the recommendations below.

How to make Chaga mushroom powder?

Chaga mushroom powder can easily be made with a coffee bean crusher or a blender. I would recommend making the powder while your Chaga body is still moist so it will go easier on your blender. A coffee bean crusher is safe to use also when your Chaga mushroom has already dried, as it’s built to crush hard and dry coffee beans. Still, if you want to spare your home machinery, try to powder the Chaga within a few days after harvesting, or at least cut the Chaga into smaller pieces if you plan to crush it later.

NB! Make sure you remove the moss and bark as these might upset your stomach.

Once you have crushed the still moist Chaga, make sure you don’t leave it in a sealed jar as it will spoil. Pour the Chaga powder in a wide pot or in a baking tray and stir it occasionally with a wooden chopstick. If you have a bigger amount of Chaga powder, you can pour it on old newspaper sheets and leave it to dry on the floor or on the table for at least 24H.

NB! While drying, the Chaga mushroom powder mass will reduce visually approximately ⅖, but don’t worry! …that’s just the water that has evaporated – all the good stuff is still there and in higher concentration.

Add a spoonful of Chaga mushroom powder to your smoothies, shakes, coffees, yogurts, soups, sauces, or simply sprinkle over any dish or dessert to turn it into a healthy superfood.

How to make Chaga tea in a Crock-Pot

An excellent way to make strong, potent Chaga tea without hovering over the stovetop. You can scale the recipe up for larger batches, depending on the size of your crockpot. 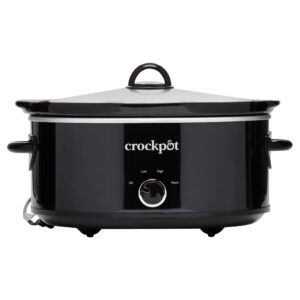 Chaga Tea in a Crockpot

NB! If you are making Chaga mushroom tea from Chaga mushroom powder or just a piece of cut Chaga, you can re-brew it at least a couple of times without losing flavor or potency.
Keyword chaga, tea

How much and often to drink Chaga tea?

Everyone is different, and there is no standardized limit or dosage of this tea. It’s best to start with a small amount to make sure there are no adverse effects. Chaga tea shouldn’t cause any problems, but as with any new food, it may cause an allergic reaction or stomach upset in some people. If you are concerned, please consult your doctor before drinking any Chaga products.

If you’re interested in taking Chaga for health, immunity, or treating a disease, it is always best to consult a doctor beforehand to ensure it is the best choice for you. The research on Chaga is ongoing, and as of now, there are no approved dosages of Chaga tea or supplements.